1 The warmest of welcomes to you! 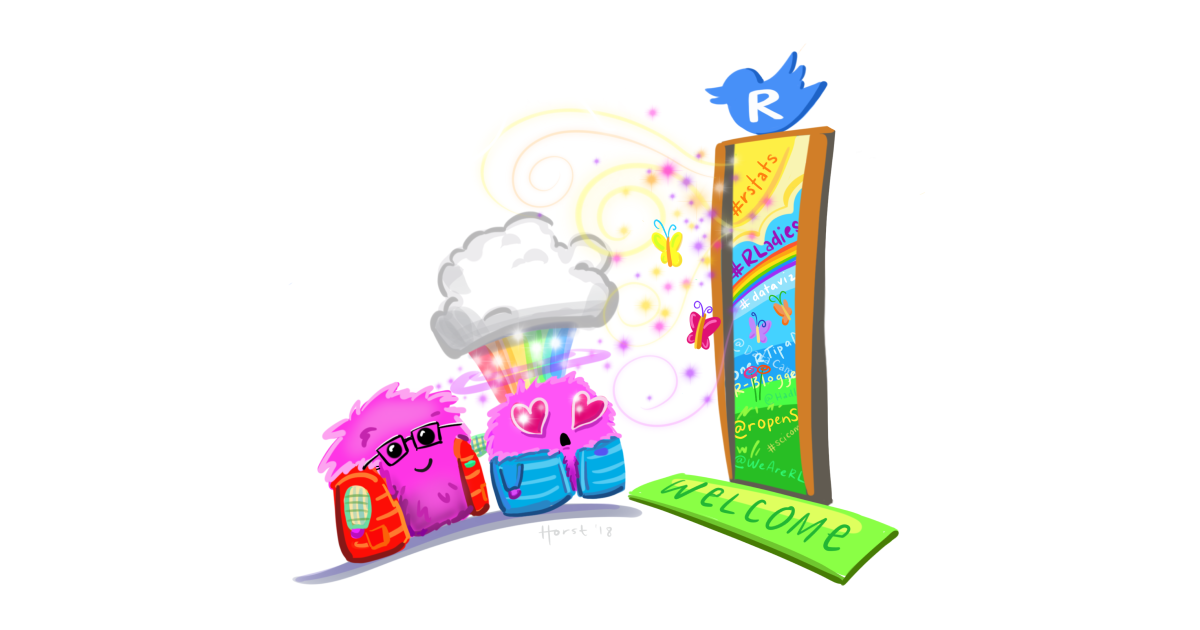 The R community is very active on Twitter. You can learn a lot about the language, about new approaches to problems, make friends and even land a job or next contract. It’s a real-time pulse of the R community.

So, you’re an R-programmer. What can you gain from becoming active on Twitter? This book will talk about the benefits and it will show you how to use Twitter.

First of all, what is Twitter exactly? It’s a microblogging and social media website that started in 2006. Messages on this platform are called tweets, and have a maximum length of 280 characters (before 2017, this used to be 140 characters). On Twitter, you base your decision to follow someone on whether you think their content is interesting. Unlike Facebook, Twitter is not based on who you know in real life. Many use Twitter for professional reasons.

My number one productivity tip is to relabel your Twitter time as “networking.”

The online R community is known as a friendly bunch! Some even say the community is R’s greatest asset. The community tries to create a safe space where it’s OK to ask questions. People support each other and are genuinely happy for each other if there is good news to share. We could all use a little encouragement sometimes! Connecting to the online #rstats Twitter community can be especially useful if you’re the only one using R in your company or institution.

The only way to write good code is to write tons of shitty code first. Feeling shame about bad code stops you from getting to good code

But Twitter is not only used for the serious stuff. There is lots of room for lighter content as well. Joking and memes about programming in R strengthens the sense of community.

Twitter is a great source for news. It allows you to keep up with the release of new packages, job opportunities and conferences. Lots of people in the R community have their own blogs, and they will tweet about it if they published a new blog post.

There are lots of ways to learn from people that you follow on Twitter. For example, if you get stuck, you can ask your questions about your R code on Twitter. The more specific, the better. Chances are that someone else in the R Twitter community has already encountered a similar problem, and can point you in the right direction. And people love to share what they’ve learned!

This is what I truly love about the #rstats community.

Twitter is a fantastic resource for learning new tips and tricks with #R, especially when it comes to #dataviz! I love how supportive the #rstats community is. 🤓 https://t.co/9qMwbXkvEQ

If you are into data visualisation, you can learn a lot from participating in Tidy Tuesday. You can read more about Tidy Tuesday later in this book, and on the Tidy Tuesday github page.

Instant ramen reviews by @theramenrater for #TidyTuesday. Good luck reading the text, but couldn't help it, it was too much fun making this plot!

Maybe it’s hard to picture if you haven’t used Twitter before, but it’s a place where you can actually make a real connection with other people. Sometimes you get to meet the friends you made on Twitter in real life, e.g. at a conference.

Person at an event: oh hi, I know you from twitter
Me: …sorry remind me?
Person: says his name, full job title, things we talked about
Me: …er…?
Person: my profile picture is a banana?
Me: Banana!!! How are you?! So great to meet in real life!