Now you’re following some folks: Let’s take a look at your feed! This is the timeline that shows other people’s tweets and reactions.

From time to time Twitter modifies the algorithms for what you get to see in your feed. Here are the main ways your feed is populated.

This is the basic way your feed works. Someone you follow posts a tweet, it shows up in you feed. Here, Jesse posted a tweet of her and her cat and it showed in the feed.

Jinx's new favorite thing is to crash my video calls. I'm not even mad. pic.twitter.com/kpjYVXUWDO

A reply-tweet from someone you follow will show up in your feed. If you follow both the original poster of the tweet, you’ll see the both the reply, and the orginal tweet being replied to.

In the example below, David posted a tweet and Nicole replied to it.

Someone you follow re-posts a tweet from someone else (also known as a retweet). The retweet can either be with or without their own comment above it. Both options are provided to you when you wish to retweet.

Here’s an example of a quoted retweet. Josiah retweeted Tyler’s tweet, and commented on it.

This is seriously so mind boggling. https://t.co/ICZi5ji2xw 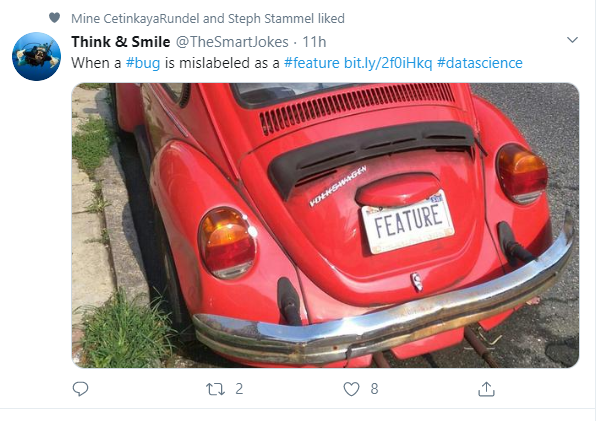 Advertisments. These have a little “promoted” tweet indicator at the bottom of the post. Anyone can pay to promote their tweets by paying money, but that’s not necessary for you to be concerned with. It’s possible to block these accounts just as you would with any other account if you don’t like the advertiser.